Communities in a New Light – Odessa

Jews have lived in Odessa for only 150 years, but they have long become an inseparable part of the city's history. Here in Odessa, hundreds of Jews were murdered in the pogroms of 1881. It was from Odessa's harbor that ships carrying tens of thousands of Jews set sail for the port of Jaffa. Here, more than 100,000 Jews perished in the Holocaust. During the Soviet era, Odessa was home to the largest Jewish community in the USSR. Many of the fathers of Zionism were born in Odessa, people like Pinsker, Jabotinsky, Dizengoff and Ahad Ha'am, and they became an inseparable part of the city's history.
Today, about 35,000 Jews live in Odessa. Most are secular Jews who view the Jewish religion as no more than culture. They learn about the customs and tradition and celebrate the Jewish holidays together in the community center. Jewish and Israeli culture is a cornerstone in the education of the children and youth of the Jewish community of Odessa. They learn songs in Hebrew and Yiddish and put on plays for the Jewish community and beyond.
While it is true that the majority of Odessa's Jews are secular, alongside them also live Jews who have chosen an observant lifestyle. Odessa has Jewish kindergartens, a Jewish school, and even a Jewish university. The Jewish community has two large shops that sell kosher food, it has kosher restaurants, kosher cafés, and a kosher slaughterhouse. It also has two large synagogues, as well as a mikveh (ritual bath) and a yeshiva for the study of Torah. The rabbis conduct marriage ceremonies, circumcisions and burials all in accordance with Jewish law and tradition. With such a rich past and thriving present, the Jewish community of Odessa can look forward to a bright future too.
A film by Gil Shnaiderovich 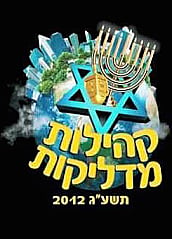